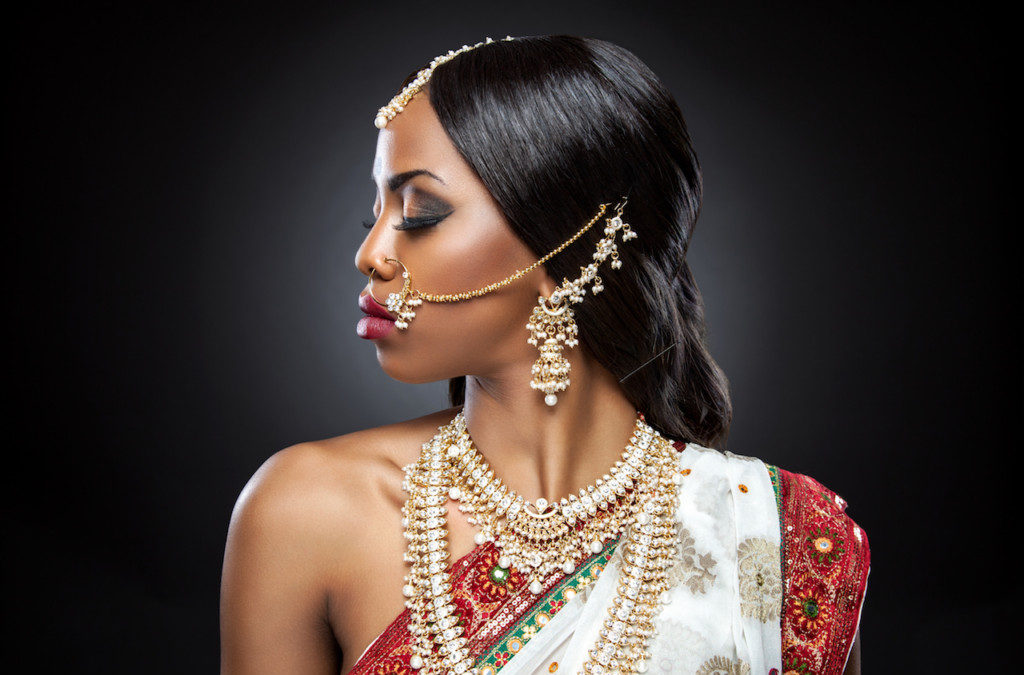 (Anklets for the feet, bangles for the arms, necklace around the neck, waistband, rings and toe rings,?

My nose and ear were pierced, and with each ornament,?

I was restrained further with ropes of customs and mannerisms, oh the ways in which I have been chained)?

I remember few years back I had an opportunity to talk to this lady and the conversation haunted me for months. Even today, as I recall that meeting, it makes me extremely restless. I was working with an organization then and she was part of my team. Her absenteeism from work was becoming a concern and her immediate manager made me aware that whenever he tried to call her, her husband would pick the phone and on some pretext or the other, prevent him from ?speaking with her. I also learnt that she was a quiet performer. Would come to office, do her work and go. She made no friends at work and made no effort to mingle with others. Needless to say, this did sound a bit irregular. As soon as she showed up, I got to meet her. In next 40-45 minutes what I heard from her threw me completely off. She was married, in her late thirties with 2 kids and the primary bread winner of the family. Her husband did not have a regular employment and would do some odd jobs sometimes. For 17 years that she was married, she had been living a life of semi captivity. She would be let out only to go to work and as soon as she went back home, she would be locked up. She was not allowed to meet anyone or talk to anyone, not even her family. When she lost her father, she was not allowed to go until very late. She was not allowed to even watch TV at home. Basically, she was not allowed to do anything without her husband?s permission. On being asked why would she continued to live like that when she was earning and independent, she said that if she didn?t, her husband would kill her. And she chose to live under this constant fear ?????. For over 17 years!

I know you probably have thousand questions running in your head???.?well I distinctly remember, my head was zipping with numerous questions as I watched her cry and narrate her life to me. Could this be real? I mean she was educated and independent??..Well, as per organizational directions I referred her to a help group. But the experience triggered immense churn within. It was not the first time that I witnessed or experienced the subjugation and subservience of women in our space but she in many ways made me acutely aware of how deep rooted the social conditioning can be to make one completely disbelieve in SELF and live in complete denial of SELF. For some of us this might seem like an extreme case but I feel, while intensity may vary, most of us live more from compulsiveness of our conditioning and less from awareness of our self.

Sitting in the 2nd decade of 21st century when we look around and observe its not difficult to see this CONDITIONING at play all around. ?A daughter is not a tension, she is equal to ten sons?, ?She is a tomboy?, ?When you have a daughter like this, why do you need a son?, ?You are my son and not daughter? ???.. so sons are the benchmark against which daughters are defined??? I find it bizarre to think that the worst abuses in all the languages worldwide refer to women???..

Even today, everywhere I turn I see women marrying when they don?t want to, enduring abusive marriages for years because of children or something else, giving up their careers because of greater cause of family and children, giving up their passion because their families or in-laws don?t approve, putting themselves through endless stress of ?keeping the family together?, seeking approval from others for everything, constantly looking to their husband for support and understanding, having children when they don?t want to, putting their body and life at risk to fulfill the obligation of becoming a mother, breaking their back to manage both work and home. The list is indeed endless. I know enough women who sleep less than 4 hours a day for years as they try to balance work, home, in-laws, parents, husband, relatives, and social commitments.

Now, there is nothing wrong if someone really wants to live a certain kind of life out of choice but if it is making you unhappy than its time to perhaps review. I feel that most women, including me, basically struggle with the Self-worth and Self-esteem. Our happiness often comes from approval from outside world. Most of us do not have a complete Self-concept. We define ourselves only through the roles we play. I know that the roles are an important part of our life and yet if our understanding of SELF comes only through the roles we play then we have probably lost ourselves in midst of all the roles that we don. And I am not even talking about how media and advertising reinforce these ideas on a daily basis.

What are the barriers you have borne all along? Maybe its about time to start knowing yourself just a little more???.